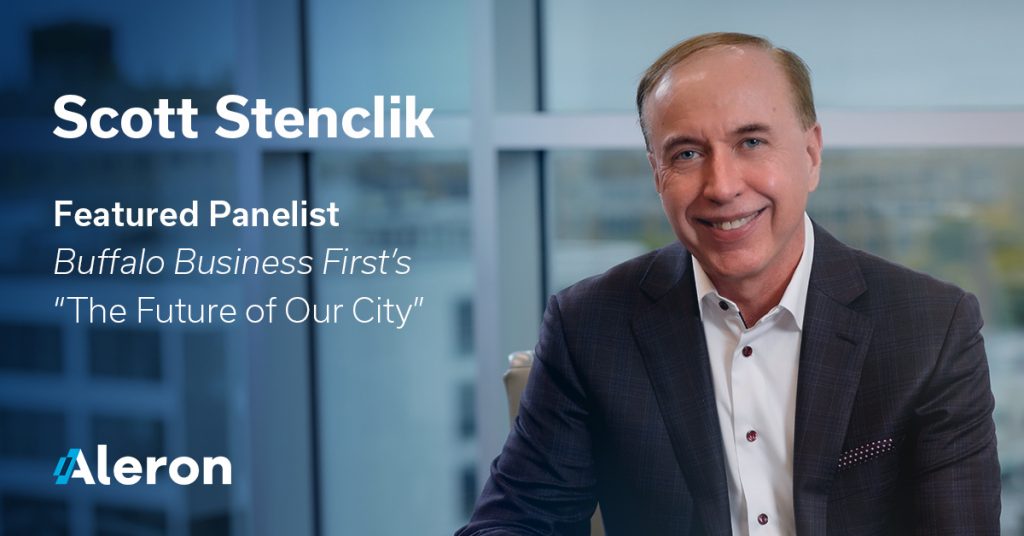 Aleron Group President and CEO Scott Stenclik was recently selected to take part in Buffalo Business First’s panel discussion on “The Future of Our City.” The virtual event—which was moderated by John Tebeau, Buffalo Business First’s Publisher and President—featured a prominent group of local panelists who shared their expertise on the exciting opportunities and difficult choices that lie ahead for western New York.

Scott was joined by the following participants:

Here are Scott’s six key takeaways from the webinar discussion:

Attracting talent across the border

Buffalo’s proximity to Canada has always been a business driver for the region. So how should western New York successfully recruit this talent to venture stateside? According to Scott, the key is to build great companies with appealing employment opportunities—which Buffalo has already accomplished. And with programs like 43North, Endeavor WNY, and Launch NY enabling the rise of the city’s entrepreneurial spirit, western New York has benefitted from this nationwide exposure.

The arrival of mid-size cities

While the exodus out of large-scale metropolitan areas like New York and Silicon Valley accelerated due to the pandemic, this trend has been occurring on a smaller scale for years. And as remote working arrangements are sure to prevail in the years ahead, this will ultimately spur individuals to settle in less dense, mid-size cities. To Scott, Buffalo has become an increasingly attractive place of residence due to its affordable cost of living, diverse employment opportunities, unique architectural character, and exceptional culinary scene.

Although Toronto—which ranks as the fourth-largest tech talent market in North America—often steals Buffalo’s spotlight, our city has begun to make significant strides in the tech scene. Arguably the most pivotal piece of this puzzle lies with M&T Bank’s “Tech Academy” at Seneca One Tower. A program geared toward upskilling and reskilling the local workforce—including underrepresented populations of the western New York community—the “Tech Academy” could play a critical role in bridging Buffalo’s talent gap. Programs like these have helped Buffalo to re-establish itself as a center of innovation.

The return of the ex-pat community

In previous years, ex-Buffalonians may have decided against returning to their hometown due to a perceived lack of opportunity. But in Scott’s eyes, the ability to work remotely has removed this barrier. While the number of former citizens that return to western New York in the coming years remains to be seen, initiatives like the Buffalo-Niagara Partnership’s “Be in Buffalo” campaign have made strides in luring the ex-pat population back to the area. Further progress in this area could prove to be a critical means of promoting the city’s continued revival.

Improvements in Buffalo’s downtown core—particularly the developments at Canalside—have catalyzed considerable change throughout the city. Looking to the future, Scott noted that he has been pleased by the revitalization of Seneca One Tower. The work by Douglas Jemal has transformed this once-vacant building into a center of work and play. Scott is also looking forward to the expansion of the Albright Knox Art Gallery, which he dubbed as a project that has been underestimated by the community. He feels that the new addition to the museum will play a crucial part in creating economic benefits for the city of Buffalo while enhancing its prestige.

Work still to be done

While the number of projects and initiatives that are happening around western New York are impressive, Scott feels that our region has some work to do in one particular area—diversity and inclusion. He advocated for increasing community collaboration by continuing to break down the silos that exist within public institutions and companies. And due to the diverse nature of our local community, Scott believes that everyone deserves a seat at the table of the future Buffalo.

Interested in watching the entire webinar? You can view it here.

To learn more about Aleron’s suite of workforce and business solutions, check out our company website here. 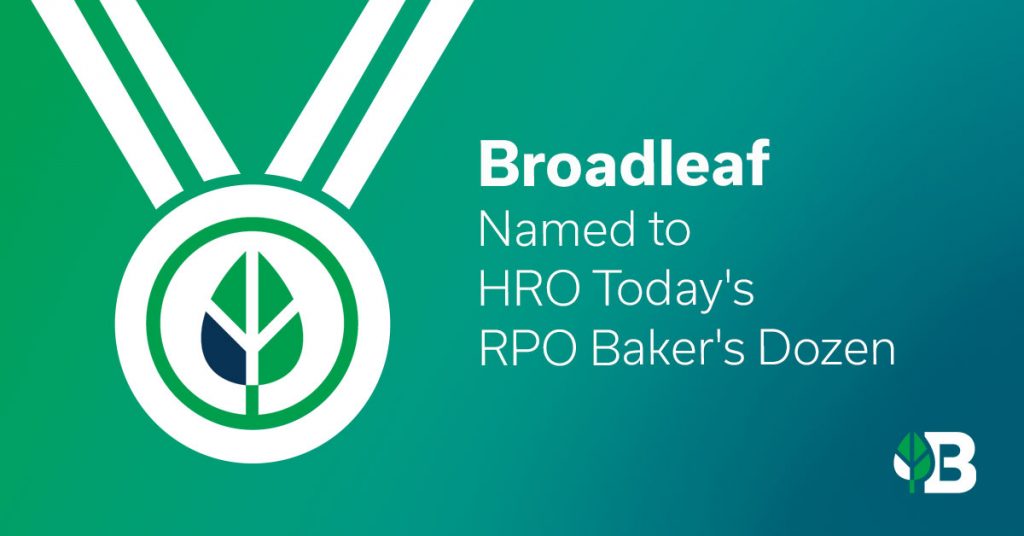 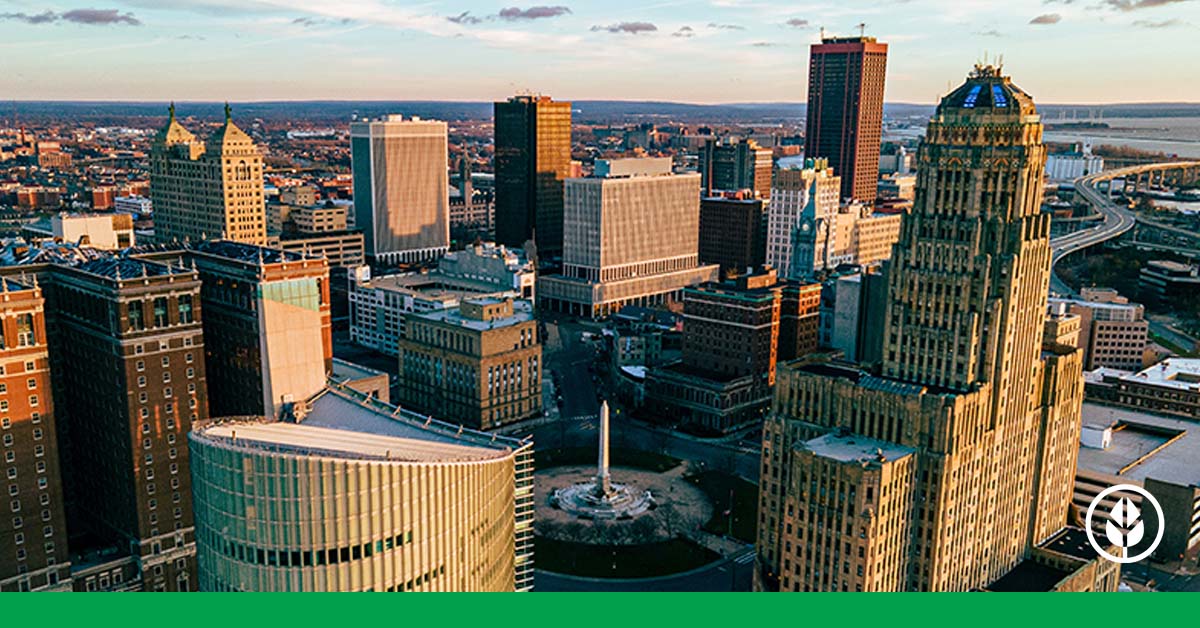 Broadleaf, a leading provider of talent acquisition and workforce management services, was recently ranked atop Buffalo … 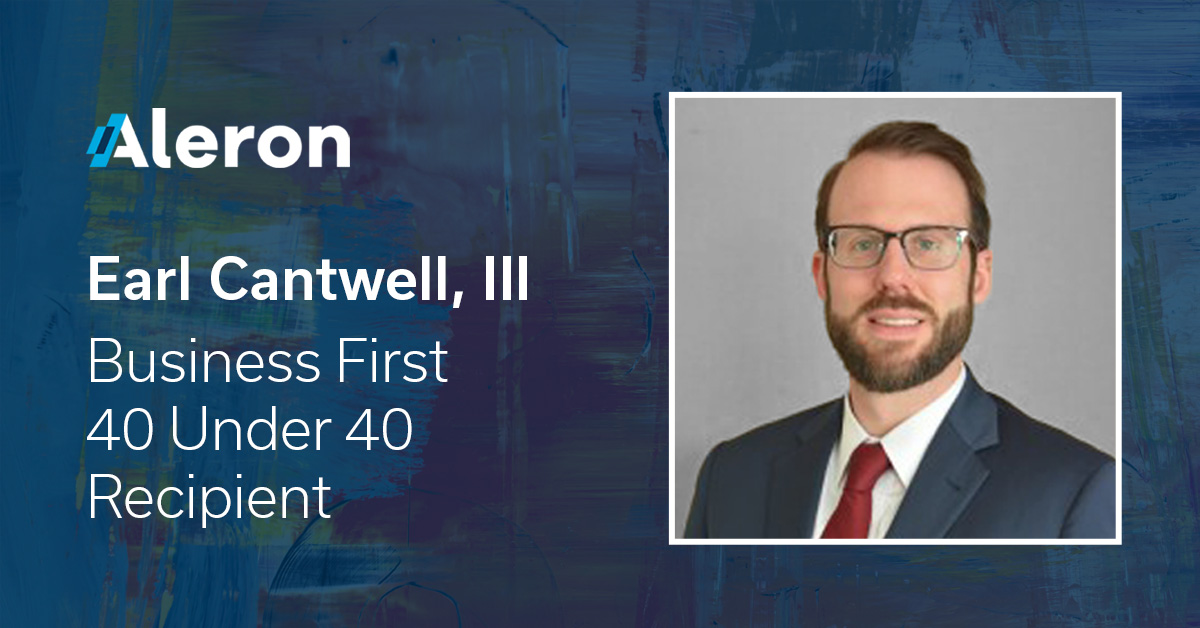